History of the First Jack-O-Lantern 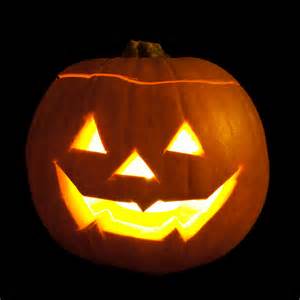 An old Irish folk tale goes something like this:

Once upon a time there was a boy named Jack. He was the meanest boy in the village. He lied, cheated and was a known thief. As mean as he was, he was known far and wide for his wit and clever trickery. 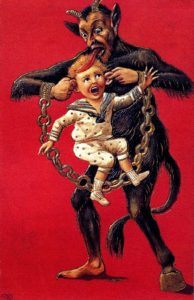 One day when Jack was walking down the path through the woods (most likely up to something) he ran into the devil. The devil told him he had come to claim his soul.

Jack said, “Okay, I will go with you, if you can prove you are who you say you are.”

Then Jack quickly pulled out a little wooden box from his pocket. “If you are really the devil then you should be able to make yourself small enough to fit into this box.”

The devil hesitated. So Jack, laughed, “Just like I thought—you are not the devil,at all,” Jack said, and started on down the path.

But the devil called him back, “Very well, I accept your challenge. Set the box down on the ground and watch!”

In a cloud of red smoke the devil disappeared. Jack sprang onto the box, closed the lid and locked it with a key. The box began to rock and tumble, but the devil was trapped inside. 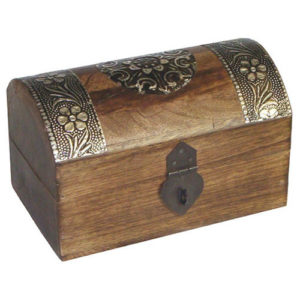 “Now, I will bury you deep in a hole where you will never be able to bother me again,” Jack said.

“The devil cursed and cried out to Jack. “Oh, but the box will rot and I will be set free and then the first thing I will do is come for you!”

Jack scratched his head pondering on how many years it might take for the box to rot. If there was a lot of rain or snow, it might not be so very long.

“Alright Devil,” Jack said. “I will make a deal with you. If you agree to never claim my soul. I will set you free.” The devil agreed and the deal was bound. Jack went about his way for many years doing the things a mean boy does. 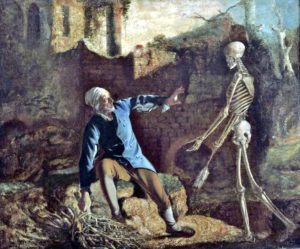 Then one day when Jack was old and gray, death claimed him. Heaven would not let him in and according to the bargain the devil could not accept him either.

So since that day, Jack has roamed the earth.

Now as you know, Halloween night is the thinnest night of the year. There are many holes which the supernatural and spirits can pass through to the material world.

What if the devil came calling at your door?  He would be sure to turn away if he saw Jack was already there. He would never want to be tricked again.

So, if you don’t want the devil at your door, best carve a likeness of Jack on your pumpkin and set it on your porch! 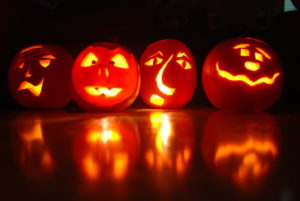