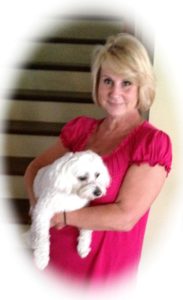 Nancy B. Brewer is an award-winning author, poet and songwriter. Her books include historical fiction, romance, mystery and Christian fiction novels. In addition, she has illustrated and published children’s, poetry, and devotion books.

Ms. Brewer’s poems have been published and used in a number of media projects. In 2013, she incorporated her talents into songwriting. Five of the songs she wrote for her book The House with the Red Light, were recorded by award-wining bluegrass artist Rhonda Vincent. She has since worked with other well-known music artists writing songs and lyrics.

Ms. Brewer was diagnosed with lung cancer May of 2014. Her latest book 30 Days at the Shore (Letters to Father) is a testimony of her faith. It is her desire to help others and their caretakers in this uplifting book or “hope”.

Ms. Brewer has been praised for the accuracy of historical facts included in her publications. She has been awarded The Jefferson Davis Gold Medal Award by the United Daughters of Confederacy. The Commander in Chief Ladies Appreciation Award by the Sons of Confederate Veterans and The Henry Timrod Southern Culture Award by The Military Order of the Stars and Bars. In May of 2016, her book “The Two Faces of Nina Grey” won the 2016 John Esten Cooke Fiction Award.

In all of her books, Nancy B. Brewer weaves intriguing narratives with beautifully drawn characters and captivating plots. She contributes her ability to bring characters to life in her stories to the many years of historical reenacting. She writes from a soft, Southern voice which allows the reader to become quietly absorbed into another place and time. One can almost smell the magnolias…

Look out for Ms. Brewer at any old historical site, she is often seen sitting under a tree writing her next novel or sketching out her next scene. Ms. Brewer lives in North Carolina and part time in North Myrtle Beach, SC with her husband, Vernon, and energetic puppy named Mattie.

Ever since I was a little girl, something inside of me has yearned for the past. So much so, I often feel misplaced in this modern world. My passion for history is my journey. It is my teacher and my friend.

It leads me to forgotten cemeteries or finds me in the company of those wiser than me. Some speak proud and boast of the past, while others only whisper.

My friends, we are all tomorrow’s history. Let us make it a story worthy to be told.

It is my greatest desire that my historical fiction works will encourage all my readers to listen to the voices of long ago, take pride in their ancestors’ accomplishments, find strength in their suffering and learn from the past.

Historically yours, Nancy B. Brewer

Presented by the Military Order of the Stars and Bars, The John Esten Cooke Fiction Award is given annually to encourage writers of fiction to portray characters and events dealing with the War Between the States, Confederate heritage, or Southern history in a historically accurate fashion. The judges consider the effectiveness of research, accuracy of statement, and excellence of style in selecting the winner.

Presented to Nancy B. Brewer by Commander in Chief R. Michael Givens at the 2014 Sons of Confederate Veterans National Reunion in Charleston, SC. The Commander in Chief Ladies Appreciation Medal was created to show appreciation to those ladies who have greatly assisted the Sons of Confederate Veterans in carrying out its mission on the National level.

Presented to Nancy B. Brewer in 2012 by The United Daughters of the Confederacy (U.D.C.) The objectives of the U.D.C. are historical, benevolent, educational, memorial and patriotic. Among these is the objective to collect and preserve the material for a truthful history of the War Between the States. The Jefferson Davis Historical Gold Medal is given for excellence in history, essay writing, declamation and other points of special attainment in the preservation of Southern history.