The Two Faces of Nina Grey 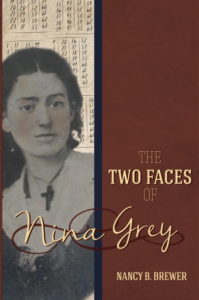 The Two Faces of Nina Grey

An exciting Civil War novel and Cd of original songs

Careful what you say, Keep a steady hand on your gun, An eye on the shadow, And stay away from Nina Grey!

1861 Sharpsburg, Maryland It was in the winter of her eighteenth year that Nina Grey’s destiny chose her. This is when she begins her story.

Perhaps when it is all over, she will tell all, but for now it is far too dangerous. It would appear that a beautiful young girl would not be much of a threat to anyone, except to the hearts of foolish young men.
Who would have guessed that hidden in her purse was a pistol, and tucked inside her corset were secret messages that were a matter of life and death. Nina Grey had known her share of troubles, being orphaned as a young girl, but her life had been reasonably dull.
When The War Between the States broke out, she never considered that the South’s rebellion would be her troubles. The state of Maryland was as neutral as rain, or so she thought.
However, when her brother joined the Confederate Army, the reality of a country divided by war fell upon her doorstep. Driven by her passion to help her brother, her innocence and charm made her the perfect candidate for the job.

This book/set includes a CD of Civil War era music. 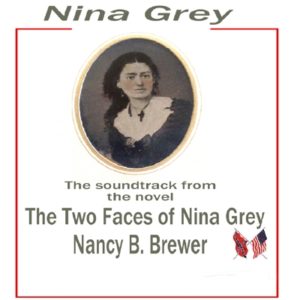 Click on the cover to order the full 5-minute song from iTunes: 99 cents

composed by Nancy B. Brewer and Tim Crouch (from the Alan Jackson Band) featuring Charley Sandage.

Free sample of the song 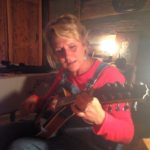